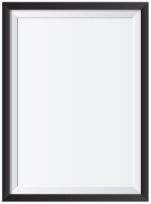 Your cart is empty.

Select the size you want to purchase.

Are you sure you want to delete these items completely?

Your preferences have been updated.

For Sarika, the most exciting part of Art is that it acts above all on the soul, in sculpting it's spiritual composition.

Her art is an attempt to unearth the unsounded depths of human potential and the furthest reaches of our emotions. Those raw feelings that make us human are universal and they often reside beneath the known surface of everyday interactions. It is Mehta’s attempt to travel as deeply as possible, by cutting through the noise, to touch that virgin space that has the same effect on all humans. That helps us connect with each other beyond the slavery of logic or words.

Sarika’s works delve into different raw aspects of our personality but the subjects vary as per the evolution of her personal journey.

Her work enjoys a certain restrain, while space inspires her style. The slippages of content from the subconscious mind give tonal value to her work while striving to bring the ‘nameless’ through that which is left unsaid.